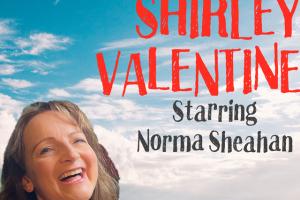 Brigid of Faughart Festival returns to An Táin 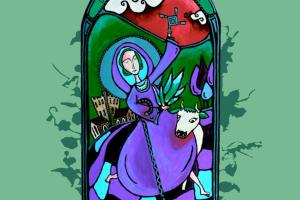 Thu, 27 Jan 2022 11:00:27 GMT
This St. Brigid’s day will see An Táin Arts Centre host two events as part of the Brigid of Faughart Festival 2022. Cruinniú Lá Fhéile Bríde Online Screening at 8pm on Tuesday 1st of February. An evening of Music, Art, Meditations and Talks We gather under Brigid’s mantle, celebrating her return as 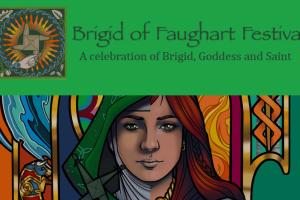 Sat, 22 Jan 2022 12:30:05 GMT
This year sees the return of the Bridgid of Faughart Festival and a range of online and in person activities and events hosted by the group. Tuesday 25th January will see an online Brigid cross making video session with Roisin Cotter. The video will be available on the Brigid of Faughart Facebook an 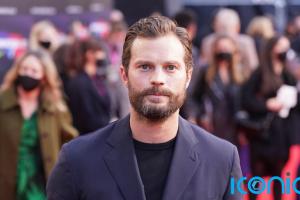 Tue, 28 Dec 2021 12:34:14 GMT
Jamie Dornan has said he moved to Hollywood intending to pursue a career in comedy but ended up going down a “very different path” and playing a “psychopath” instead. The Northern Irish actor, 39, launched his acting career in 2006 and won widespread acclaim playing serial killer Paul Spector in BBC 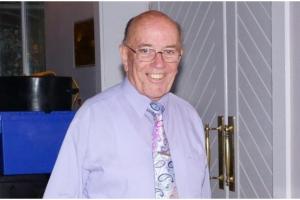 Wed, 24 Nov 2021 21:00:04 GMT
A counsellor who has worked in Dundalk for the last 20 years is set to launch a book on his experience bringing the Royal Ulster Constabulary to court over a torture case and winning. Bernard O’Connor, a counsellor with Counselling Connections in Seatown, is set to launch his book, “Freeing the Trut

Good news! The 2021 Louth Christmas Annual is in the shops NOW 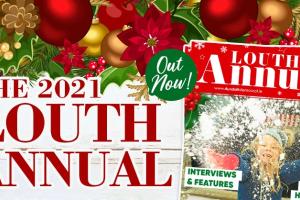 Tue, 23 Nov 2021 11:16:36 GMT
With Christmas trees going up in homes across the county and country, the Late Late Toy Show on this week and people getting those festive vibes, the Dundalk Democrat has joined the Christmas spirit with the release of its 2021 Louth Christmas Annual. Available in all good newsagents today, the annu 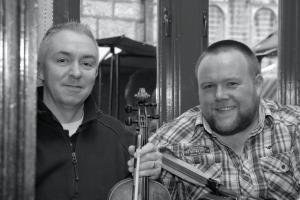 Mon, 22 Nov 2021 19:31:00 GMT
Two master musicians are set to make a return to Dundalk with a gig in the Oriel Centre in Dundalk Gaol later this week. Master fiddler Mick Conneeley and master accordion player David Munnelly are set to make their way to Dundalk Gaol this Saturday, November 26th for a pre-Christmas, no-holds-barre 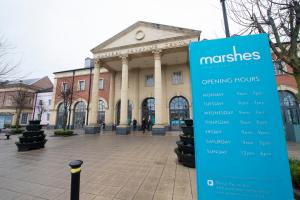 Thu, 18 Nov 2021 11:30:02 GMT
The Marshes Shopping Centre is set to host a series of drive-in movie nights this weekend, with classic Christmas films set to be shown. The centre will host the drive-in movies this Saturday and Sunday, with all shows being held in Car Park 3 of the shopping centre. The films are set to be held by 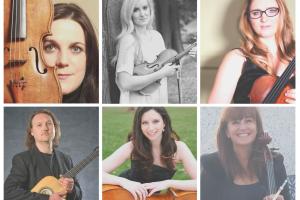 Performances for all ages coming to Dundalk's An Táin 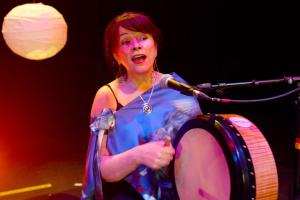 Tue, 02 Nov 2021 08:07:00 GMT
A musical perfomance of traditional Irish songs especially for babies and toddlers will take place at An Táin Arts Centre this month. Husheen is a magical musical performance of new and traditional Irish songs especially selected for babies, toddlers and their parents. Featuring world renowned tradi 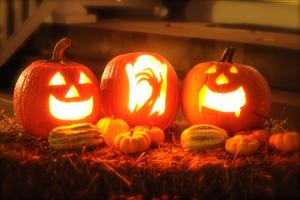 Sat, 30 Oct 2021 08:07:00 GMT
Outdoor Spooky Halloween fun for all the family will take place in St Helena Park tomorrow, Sunday 31st October with a Spooktacular organised by Turas. The Tricks and Treats get underway from 12noon to 2pm and will take in a park trail with a ghostly stroll through the numerous spooky zones with chi 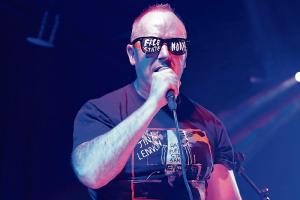 Sun, 17 Oct 2021 20:04:00 GMT
Local acoustic guitar playing punk legend Jinx Lennon is back in the award winning Spirit Store next month. The smell of the sweat ,beer and audience normality that has missing from your zoom meetings since march 2020 is coming back again with avengeance this autumn and winter 2021 with Jinx taking 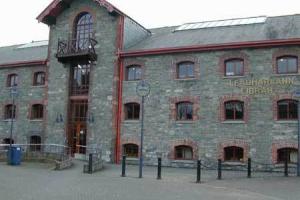 Sun, 17 Oct 2021 07:00:02 GMT
Louth Library Service has upcoming events. Work Matters At The Library Louth Libraries will host an online presentation with Stephanie Bourke from LMETB on Wednesday 20th of October at 11am. For further information or to book email [email protected] Decade of Centenaries - The Great North

Fitzpatrick's Scarefest begins tomorrow for the first time since 2019 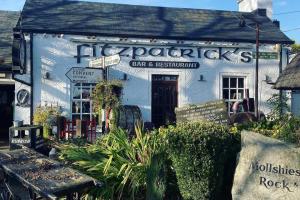 Thu, 07 Oct 2021 12:00:05 GMT
Fitzpatrick’s Bar and Restaurant are set to open their 2021 Scarefest tomorrow after events were cancelled last year due to the Covid-19 pandemic. The Halloween event, which is done to raise funds for the Maria Goretti Foundation in Jenkinstown, will begin on Friday October 8th and will run until th

Guests revealed for this week's Late Late Show on RTE One 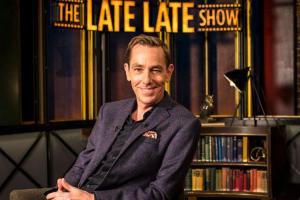 Thu, 07 Oct 2021 11:00:03 GMT
The guests have been revealed for this week's Late Late Show on RTÉ One. Ruth Negga, Rosanna Davison, Peter Schmeichel, Andrew McGinley and Steve Garrigan are among the guests for The Late Late Show on Friday night. Oscar-nominated actress Ruth Negga will join Ryan to discuss her incredible career b 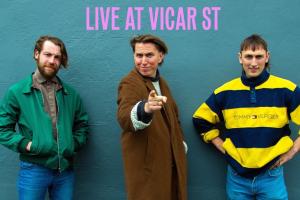 Tue, 28 Sep 2021 12:00:03 GMT
Dundalk musical trio, The Mary Wallopers, have announced a second headline show at Vicar Street later this year due to high demand. The trio, made up of brothers Charles and Andrew Hendy alongside Sean McKenna, have fast moved up the ranks of Irish folk bands, with appearances on RTÉ’s Tommy Tiernan 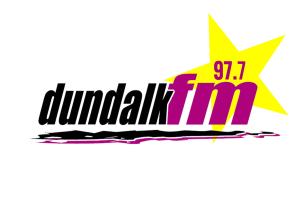 Thu, 02 Sep 2021 14:16:44 GMT
Dundalk FM are urging people across town to sign up to their community media project that will show them the ropes of working in radio. The Independent Radio Dundalk project will see 50 people work in small groups to produce two radio shows, a magazine-style show and a world music show for the stati 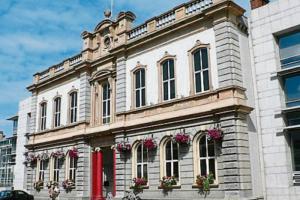 Wed, 01 Sep 2021 09:07:59 GMT
An Táin Arts Centre in Dundalk have unveiled their Winter 2021 programme of shows, with more in-person events set to be held during the coming months. Paul Hayes, director of An Táin, has welcomed the return to more in-person programming as the government announced yesterday that most Covid-19 restr

People urged to get involved in Heritage Week events across Louth 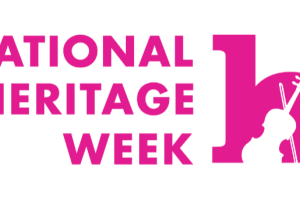 Fri, 20 Aug 2021 12:00:05 GMT
National Heritage Week in Louth is set to run this month, between Saturday 14th and Sunday 22nd, with local heritage projects being held across the county to mark the event. Local heritage groups across the county have responded to the call to “open the door to heritage”, with both online and in-per 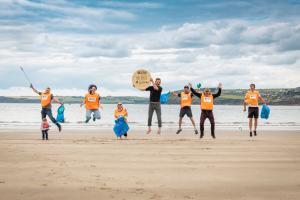 Thu, 19 Aug 2021 08:48:59 GMT
Join the over 300 volunteers from County Louth who have already registered for the Big Beach Clean. Over 200 clean-ups have already been planned across Ireland for the third weekend of September and Clean Coasts is calling more people to join this international weekend of citizen science  Registrati